12/14/05 m.moorephoto news—Robert Taylor, of Alstead Center, with one of his metal sculptures, a moose on the side of Walpole Valley Rd. in Alstead. 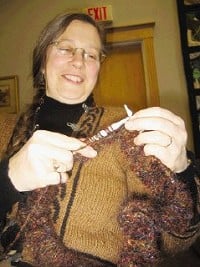 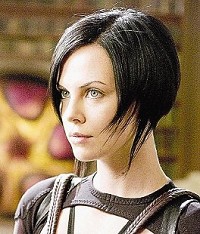 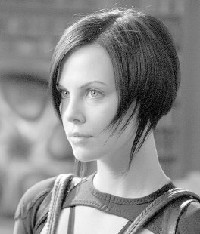 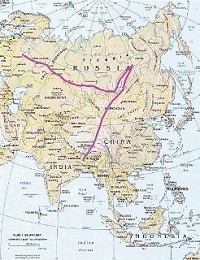 12/14/05 m.moorephoto news—Robert Taylor, of Alstead Center, with one of his metal sculptures, a moose on the side of Walpole Valley Rd. in Alstead.

ALSTEAD — Tucked away in between the trees on the back roads of Alstead is a kingdom of animals where the inhabitants stand as still as sculpture.

A pack of moose is outnumbered only by a flock of great blue herons, and a purple hippopotamus guards the town transfer station.

But the king of the woods is unquestionably an 11-foot polar bear that stands proud along Pratt Road.

The bear king devours a large red salmon as he stands unwavering in the wind, and the sun reflects off him as if he were made from metal.

The polar bear, like all of his forest companions, is a creation of the Taylor Welding team, a group of Alstead welders who create sculptures in their spare time.

“This isn’t something we make a lot of money off of,” Robert Taylor said of his 30-plus-year sculpting hobby, which started even before he opened his Taylor Welding business in 1980.

“It’s just something we love doing,” he said.

The sculptures, which span the animal kingdom and also include items like airplanes and cannons, are made from various scrap metals and other objects either left over from previous welding jobs or picked up along the way, Taylor said.

The polar bear is constructed almost entirely from old automobile fan blades, and the hippopotamus in front of the transfer station comes from scrap metal, piping and an old air-compressor tank.

“We’re a general welding business, so we create a lot of scrap in the work we do,” Taylor said. “And that makes it easy.

“Mostly, though, we like making what we call ‘freestyle sculptures,’” he said, “where we get to use all kinds of things to make whatever we want. That gives us a lot of freedom.”

The Taylor Welding team, which consists of Taylor, his brother Raymond, welder Michael Stoodley, and Langdon resident Andy Wyman, gets together about once every two months, Robert Taylor estimates, to work on their projects. And several team members spend most Saturdays in between working on the sculptures as well, he said.

Some are given as gifts, while many are sold to individuals or businesses, Taylor said.

The team created a cocoa bean sculpture for L.A. Burdick Handmade Chocolates, and it constructed a tree, a large giraffe and a Kodiac bear for Alyson’s Orchard. Both businesses are in Walpole.

Taylor estimates that about 5 percent of Taylor Welding’s profits come from the sculptures.

Some are also donated to benefit local charities and organizations, while others are entered into local art exhibitions and contests like the Walpole Artisan Tour and Keene’s annual Art in the Park display.

In 1999, the team was asked to construct the table centerpieces for the N.H. Governor’s Awards for the Arts Dinner. And that same year, the welders were invited to participate in the Smithsonian Art Institute’s FolkLife Festival in Washington, D.C.

Artists from South Africa, Romania and New Hampshire were asked to present art to represent their respective regions.

“I was pretty honored that they asked,” Taylor said. “They said that more than 1 million people passed through the gates there. It was great to be a part of that.

“We don’t make much money out of this, but we’ve gotten a lot of recognition out of it,” he said. “And that’s enough for us.”

Often, Taylor says, the recognition turns into something more.

“One artist woman even told us that one of the reasons she moved here was because of (the sculptures),” he said. “She said that Alstead is an artistically friendly community, which it is,” he said, “and that we contribute to that. That’s something I’m very proud of.”

Taylor said that his goal is to eventually get one of the team’s sculptures at every home in Alstead.

Find stories, a resource guide for parents and recordings of our virtual listening sessions here!