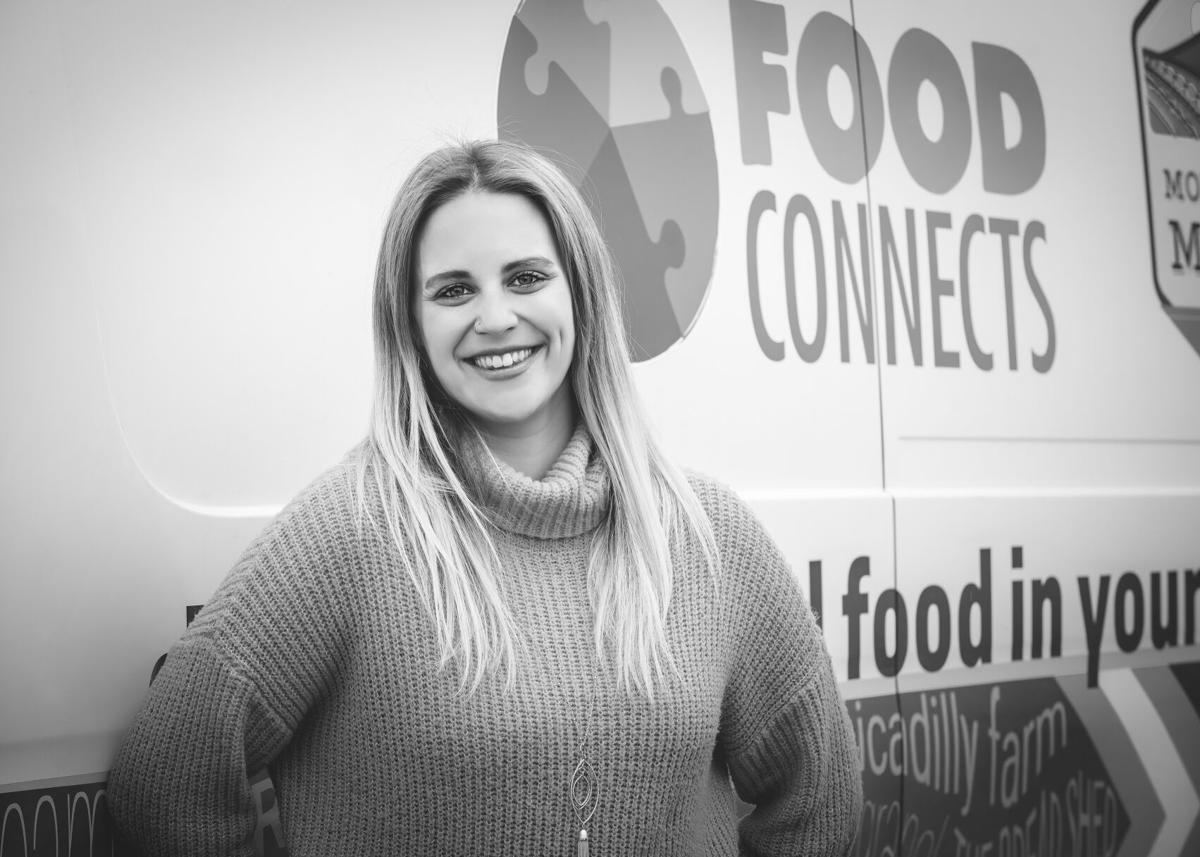 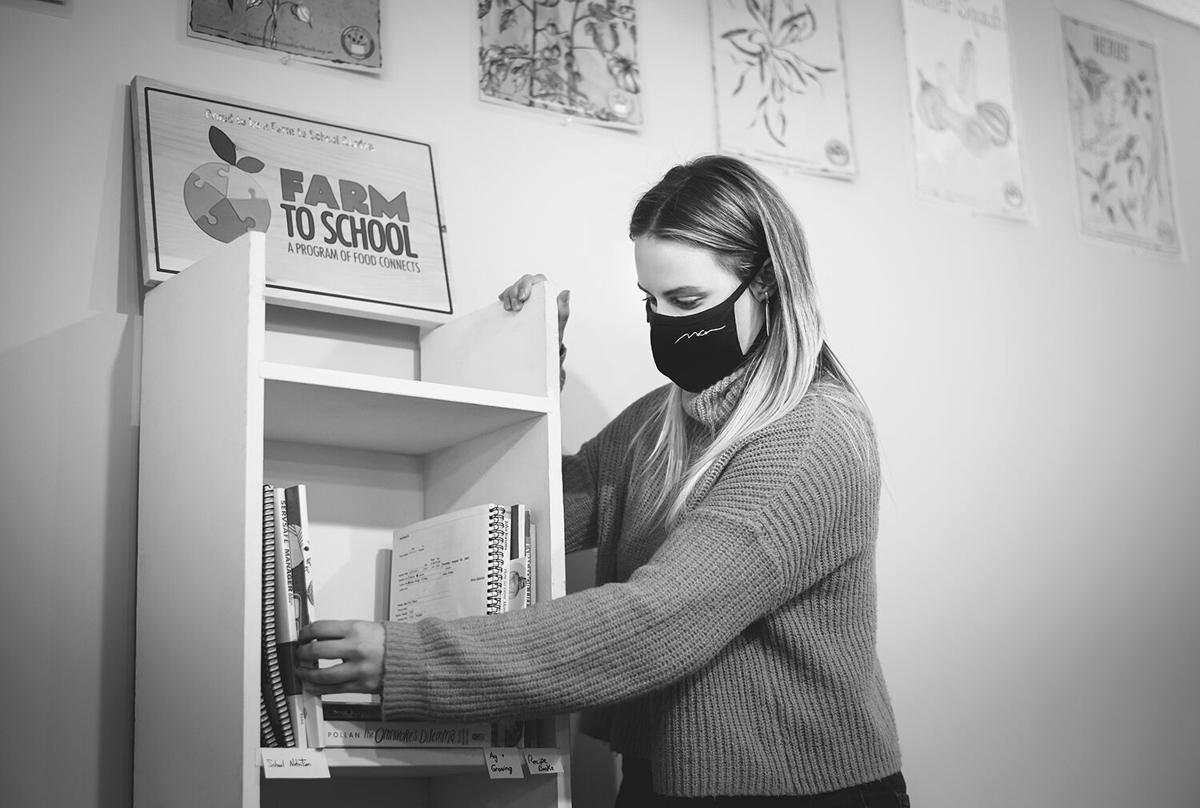 What do local food, theatre, and community service all have in common? In Laura Carbonneau's world, quite a bit.

Whether she's on a video call promoting local restaurants, teaching healthy cooking to area kids online, or arranging a virtual meeting schedule for the Keene Lions Club, there is a contagious energy about her that inspires everyone at the table.

Her schedule on any given day might sound daunting, but she says she only commits to things she's truly passionate about.

"I don't have time for things that don't bring me joy. I just decide to pick joy over all the other malarkey," she says with a laugh.

In the last year, she's had to translate that into all things virtual, which she has done without hesitation. For instance, this spring, she's teaching "Kitchen 2.0: A Virtual Cooking Series for Kids," hosted by the Monadnock Food Co-op.

"I get to reach all these kids by just thinking out of the box," says Carbonneau.

Before each class, she sets up her phone, a separate computer, specialized lighting and a conglomeration of other tech. She also sends participating kids recipes, ingredients, and utensils in advance, getting parents in on it for kitchen set up, allergy checks, etc.

Though it might sound like a complex system, it has proven to be an engaging one for kids stuck at home during the pandemic. And it's an approach Carbonneau has repurposed across organizations. She first got her sea legs as a virtual teacher when MoCo Arts had to pivot online in 2020.

A longtime "MoCo Magic Maker," Carbonneau is the director of the organization's middle school play and the assistant director for their high school musical. She also works as a counselor for the Creative Arts at Keene (C.A.K.E.) Summer Camp, where she was a camper in the program's inaugural year.

Though her MoCo experience dates back to her childhood, this year, it became new again as she and other teachers tried to figure out how to lead programs virtually.

"That was really hard to reimagine," Carbonneau says.

But always willing to try something new, she successfully taught MoCo's Art of Food class online before applying the same model for the Co-op.

She's also found other ways to tie her love of food systems to her work in the performing arts. Last semester, MoCo's high school musical evolved into a cabaret, for which she jokingly suggested the moniker: "Gourmet Cabaret."

Much to her surprise, the name stuck, and songs for the show were ultimately drawn from movies about food, plots with waitresses, and monologues from plays with meaningful messages about food systems.

"The kids didn't think they were being educated about food, but they were," she says.

For her, that was the kind of win that gives you tingles. She says she loves it when her passions "intersect and blend over each other." Right now, she is preparing MoCo's young performers for their roles in The SpongeBob Musical, which will be showcased on May 9.

Though a volcano crisis in Bikini Bottom might not tie directly to her love of food, it has resonated in another timely way.

"We're having these conversations about why community is important and why supporting each other is important through SpongeBob," she says.

It's an appropriate conversation for her to lead since community is at the core of pretty much everything she undertakes. After all, her deep love of community is what made her return to the Monadnock Region after earning undergrad degrees in urban and community studies, as well as hospitality and service management at Rochester Institute of Technology.

"I've always been like a loyal New Hampshire person. I never changed my driver's license and didn't want to have to," she says.

After returning to Keene, Carbonneau earned her master's degree in sustainable food systems online with Green Mountain College. This post-grad learning brought together all the pieces of her previous studies and experience, culminating in her current role as marketing manager for Food Connects.

"The job, it was perfect timing, kismet so to speak," she says.

Food Connects, a local food delivery and educational organization, was one she'd long had her eye on, but the right role hadn't popped up until 2018.

"The Farm-to-School program is what really brought me in … I get to help the schools with the skill set I have," she says.

She's fallen equally in love with the organization's Food Hub branch, which aggregates and delivers food from over 65 local farms and food producers to more than 100 buyers in Southeast Vermont and Southwest New Hampshire.

Not only does the work feed her sense of purpose, but it comes with a sweet bonus.

"I get to eat some really good food," she laughs. She adds, "Everyone in food systems, they know that that's the perk."

During COVID times, Carbonneau has put her skills to work to make sure many in the region continue to have access to that delicious, local food she loves.

For instance, just before the holidays, she helped launch a creative fundraising initiative called Taste of Food Connects. It included a "Local Passport" to more than 90 food-themed businesses in both New Hampshire and Vermont, as well as a silent auction to support Food Connects' annual fund. Participating establishments received a free promotion through Food Connects' social channels, and the event offered a much-needed boost.

"Businesses saw people coming in, and it was great," she says.

Carbonneau says she's pleased to see it "circulating so much money into the economy" and loves that she got the opportunity to be involved. "Farmers, food businesses, food-preneurs, restaurants, independent grocery stores — they're just so vital in our community because they tend to be more likely to give back and reinvest," she notes. From hiring locally to spending their money at other local businesses, they're a huge driver for community success.

But eating local is also a personal thing for Carbonneau.

"I like to be able to source-identify the food that I'm eating," she says.

As someone you'll find running laps at the Keene Y every morning, it does tie back to her own wellness, but it goes well beyond that.

"There's just something about being invested in the local food community that I find really important," she says.

Ten young professionals were recognized Thursday night for their contributions to the Monadnock Region, despite challenges presented by the COVID-19 pandemic. Read more