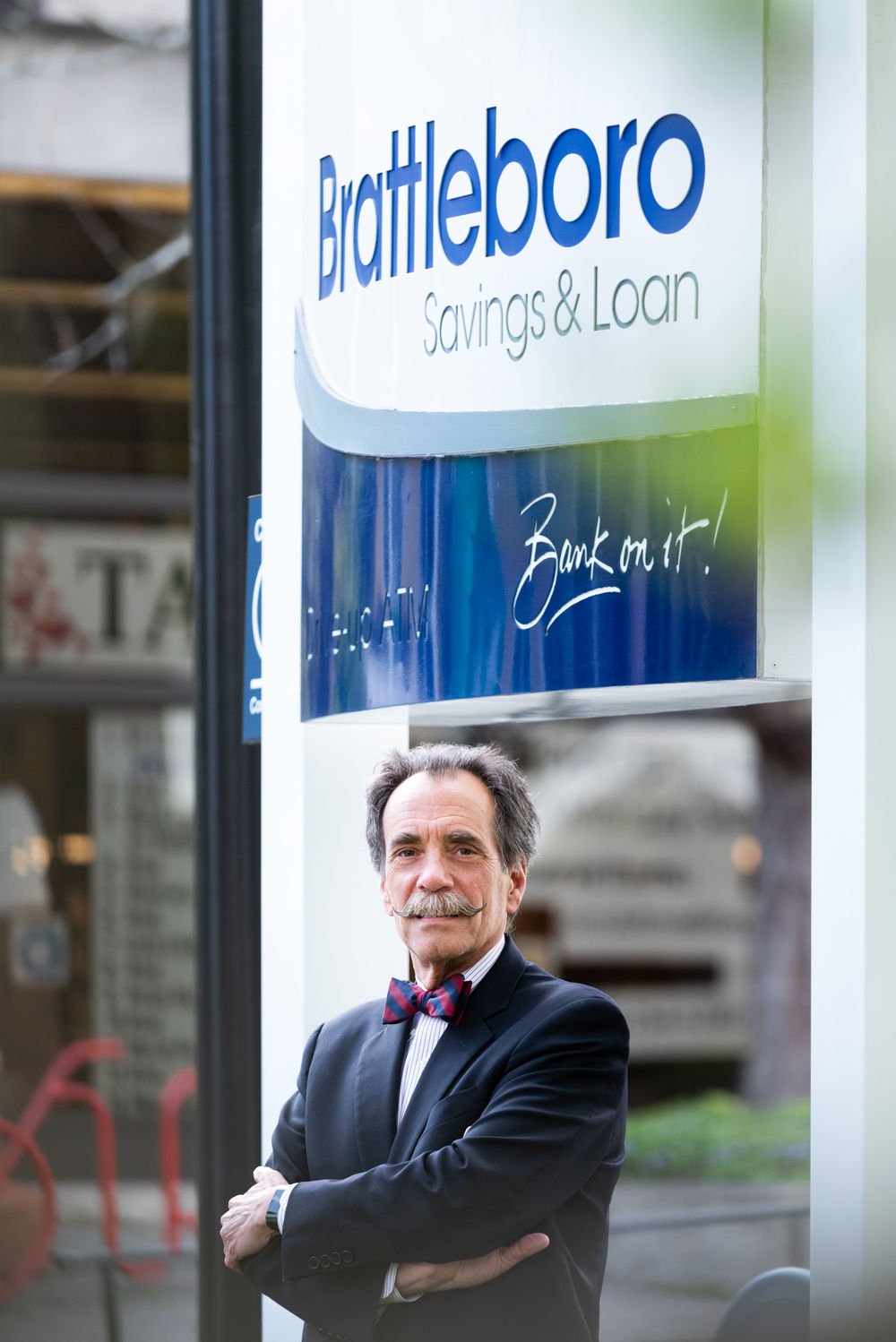 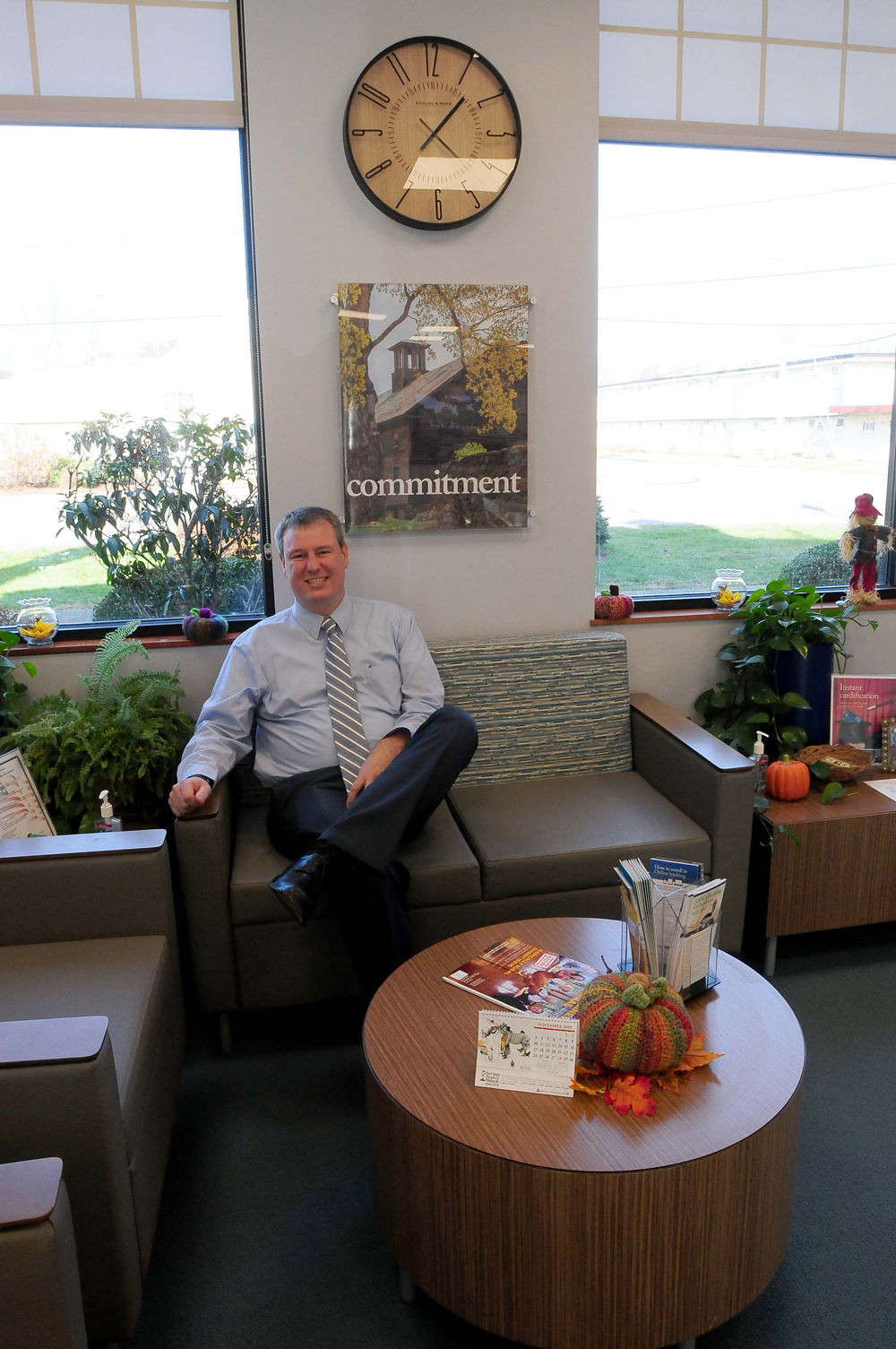 While patrons have adjusted to drive-up banking and leaning more heavily on their mobile apps, behind the scenes, banking professionals have gone to extraordinary lengths to pull together resources, training and collaboration needed in the crisis.

“In about a week and a half, we went from a piece of legislation passing Congress to implementing a $350-billion program across the country,” says Christopher D’Elia, president of the Vermont Bankers Association, describing the original launch of the Paycheck Protection Program (PPP).

Banks in Vermont and New Hampshire turned around loan applications for the brand new program only 12 hours after receiving the final rules. Alterations to the application, conflicting documents, and system crashes were just a few of the hang-ups banking teams ran into.

“The system technologically is not designed for the crush in volume,” D’Elia explains.

Why the rush? Shortly after the introduction of the Small Business Administration loan to help keep employees on payroll, business owners scrambled to get a piece of the pie. Knowing the $350 billion would run out, those to get approval first walked away with some reassurance during the tumultuous first weeks of pandemic closures.

The loans were uniquely attractive in that the SBA ensured loan forgiveness if employees remained on payroll for eight weeks, and the money was used for payroll, rent, mortgage interest or utilities. However, it took only 14 days for the funds to be tapped out, leaving countless small businesses out of luck.

Fortunately, this was not the case for most applicants who filed with Savings Bank of Walpole.

“The PPP loans program is a wonderful initiative for our local businesses, nonprofits and families,” notes the Savings Bank of Walpole president, Mark Bodin. “(We) recognized that from the beginning and was aggressive in informing and working with our customers to be sure they understood and benefitted.”

Although the bank was inundated with applications from the get-go, they devoted all their resources, navigated bumps in the road, and successfully processed nearly every application.

“In the initial round of funding, more than 300 of our customers received more than $34 million … All funds have been disbursed at this time,” Bodin says.

Brattleboro Savings & Loan experienced a similar wave, processing more than 100 applications for customers and non-customers alike, and securing more than $10.7 million in funds.

“This has put a significant amount of stress on our commercial banking department, but they are an amazing team,” describes Dan Yates, the bank’s president and CEO.

With support from team members from across the institution, Brattleboro Savings & Loan ensured all applications were submitted to the SBA within 24 hours of receipt.

Even after the initial funding ran out, small business owners continued to file applications in anticipation of a second infusion from the government, which was then approved in early April. Banks looked ahead to round two with slightly less trepidation.

The Federal Reserve had announced a program to ensure banks would have sufficient liquidity to meet the funding needs for PPP loans, which had rapidly grown their balance sheets almost overnight. The process for submitting applications was already in place, and there was a backlog waiting to be submitted.

Also, after criticism over corporations receiving significant chunks of the original PPP funds, the rules were adjusted for the second set of funds, specifically allocating more money for small, community lenders and their customers. But even with an additional $300 billion at play, the funds from round two are being divvied up quickly (as of press time).

Business owners in many sectors welcomed updated guidelines from Gov. Sununu introduced at the start of May. Stay-at-Home 2.0 made provisions for many more businesses to function at a basic level and bring in some income for the time being following strict safety protocols.

“This will be a long-term healing process, and local banks will be there alongside our neighbors as we move forward,” Bodin says.

With the interior offices of branches closed for the past several months, patrons have become even more accustomed to relying on digital capabilities for banking. Drive-up transactions have been the only alternative in most cases.

“I also think we’ll see a greater use of plastics (debit cards) in place of cash,” Yates points out.

But one thing he has learned from this experience is that people still want access to a brick-and-mortar location when they have something more than a routine question.

“Will we see banks close some locations? Probably, but my guess would be that it will be the very large, out-of-area banks that do so. True community banks are less likely,” Yates predicts.

Bodin concurs, noting that the pandemic has further proven the important role community banks play. But he also expects some adjustments to how people prefer to do business.

“Some of the new services, such as banking by appointment, will likely catch on, as it allows our staff to prepare paperwork in advance, which saves our customers time,” he says.

Banking by appointment has been necessary for specific situations even during the crisis because, oddly, as regular life screeched to a halt, financial life simultaneously went on. To spark the economy, interest rates sunk remarkably low, spurring folks to continue seeking loans for purchases, such as a new home.

In contrast, life has also gone on despite closures, layoffs, illnesses, and various other upheavals, bringing stress and uncertainty to households across the region. With an acute awareness of that struggle, banks are urging customers to stay in close communication.

“I think the message today is: We’re here; we’re working with you … If you have needs, get a hold of your institution and have those discussions now,” D’Elia notes.

He advises people to contact their lenders as soon as possible if they anticipate financial hardship, so there is time to work on effective solutions.

“We know the economic stress people are under … We are absolutely doing the best we can to continue to meet the needs,” he says.

He applauds the agility and dedication of the region’s small banks, saying, “I’m incredibly proud.”

Although much is uncertain, Yates points to one constant: “Community banks are in many ways the lifeblood of Main Street; we’ve been here through wars, the Great Depression, numerous recessions and more …we’ll be here when this is over, and we’ll all get through this together.”