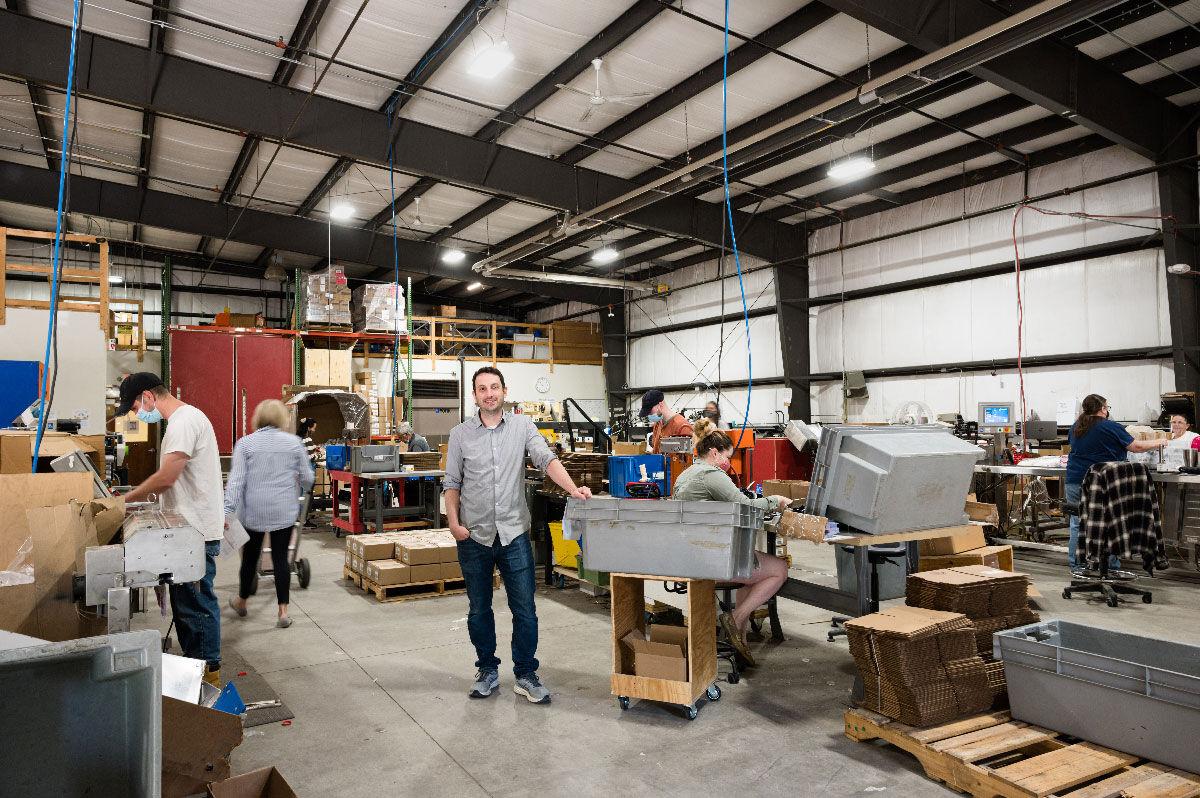 Paul Dubois, founder & owner of Safety Made stands among busy employees on the production floor. 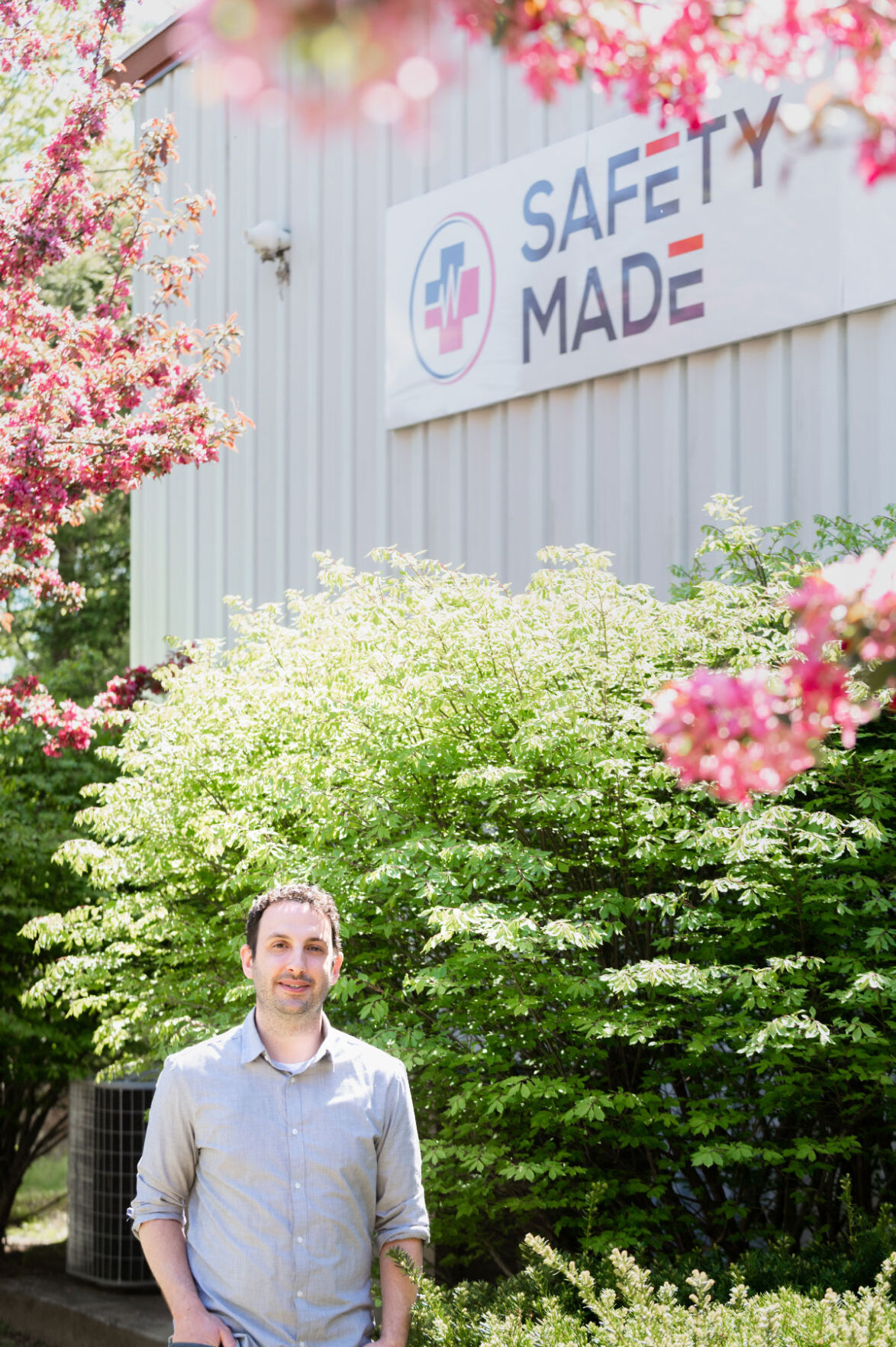 Paul Dubois, founder & owner of Safety Made stands outside the warehouse he purchased in January of 2021.

Paul Dubois, founder & owner of Safety Made stands among busy employees on the production floor.

Paul Dubois, founder & owner of Safety Made stands outside the warehouse he purchased in January of 2021.

A young entrepreneur is finding success locally with what he calls “a weird niche business.”

“We supply safety products for the advertising specialties industry,” says Paul Dubois, owner of Keene-based Safety Made, “so we create safety products, and we imprint corporate logos on them.”

Those products are used as employee incentives or gifts to show customer appreciation. All imprinting is done at the Keene factory via screen printing, laser etching, heat transfers and computer-aided design (CAD) printing.

Safety Made bills itself as “the exclusive source for Dorcy, Life Gear and DieHard flashlights in the promotional products industry as well as the manufacturer of a large selection of safety kits for first aid, travel, emergency preparedness, golf and more.” The company boasts about its “fast production times, high-quality products and great service” on safetymade.com.

Dubois says he had been part of the industry, working for a different company, for a long time before he decided to go out on his own. He left his job in 2017 and started to go after contracts for the new business venture.

Safety Made began in June 2017 with an exclusive contract for flashlights made by Dorcy before expanding to more products in the safety market.

“I designed all the different bags and carriers that we use, and we import those items special made from overseas,” Dubois says.

Most of the company’s business takes place in the United States, but there are some international shipments as well.

Dubois describes the company’s initial year as one for learning and figuring out how to best run the business. Sales, he says, were “decent” the following year, then doubled in 2019.

“Then when 2020 hit, we had really substantial growth due to our product category,” he says, “because we were selling health and wellness items since our company’s conception. So, when COVID hit, we had a really great pipeline for supply.”

Dubois says Safety Made was able to fill orders for things highly sought after at the time, such as sanitizers, wipes and personal protective equipment. However, he acknowledges the company could have produced more if it had more capacity.

“We had never-ending demand for sure,” he says.

Dubois says Safety Made took on as many jobs as it could and hired as many people as it could during the pandemic. He recalls demand beginning to skyrocket in April 2020.

People always think it’s a no-brainer that Safety Made excelled in the COVID-19 pandemic, but Dubois says data shows dramatic growth in every category of its business. He says the outdoor recreation industry has exploded recently. He also believes companies are trying to show more than ever before their appreciation for employees and customers.

While a lot of growth can be attributed to the pandemic, Dubois says, “We were growing without that in the mix.”

COVID presented opportunities but also created some challenges for Safety Made, including hiring.

“We had growing pains getting people and the right people,” Dubois says. “We were pretty fortunate that the people we got over the last year stayed because they like our culture and they like what we do.”

With a strong team in place now, Dubois says Safety Made has sustained sales levels. He reports PPE sales have slowed down, but the company is still growing its brand.

A new retail line was launched over the last six months.

“We’ve been working heavily on getting that all figured out,” Dubois says.

Dubois is 37 years old, and his family welcomed a new baby during the pandemic. He lives in Keene and has been involved in Big Brothers Big Sisters and charity runs in the past.

Safety Made at a Glance