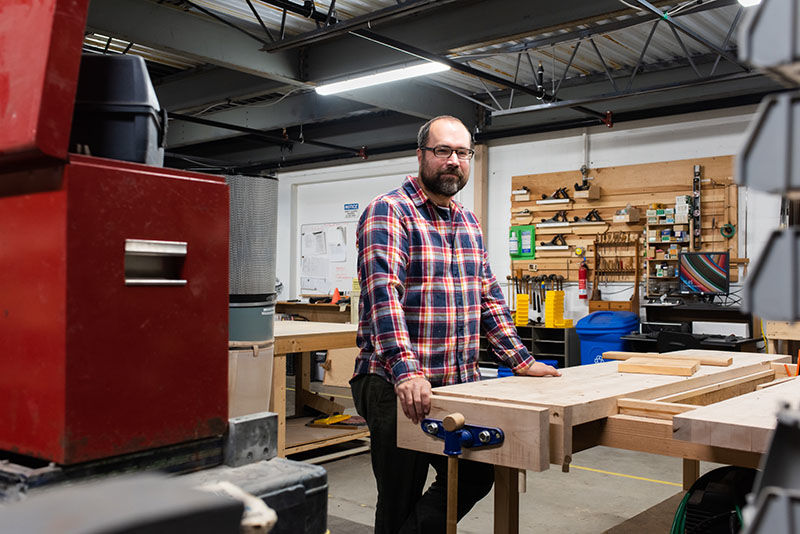 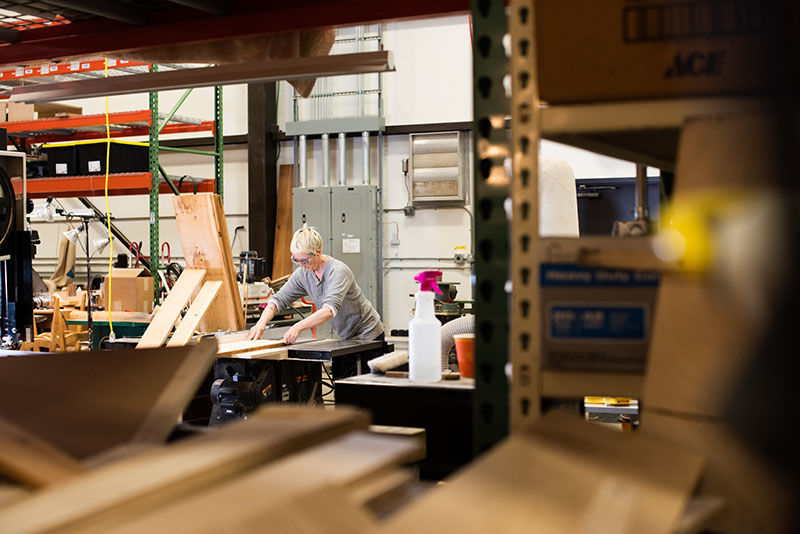 Beginner woodworkers participate in a shop class for women offered by Gail Grycel at Hatchspace in Brattleboro, VT.

Beginner woodworkers participate in a shop class for women offered by Gail Grycel at Hatchspace in Brattleboro, VT.

The maker movement began 15 years ago and gained momentum about a decade ago with makerspaces popping up in cities. Today, the phenomenon is worldwide and there are 700 such spaces around the country — a dozen in New Hampshire alone.

By definition, a makerspace is a hub for creativity, collaboration and community — a learning environment for people to connect with others and create meaningful projects using technologies and other tools that might not be easily accessible. They are a result of a cultural shift to local communities creating their own economic opportunities.

In more rural areas like southwestern New Hampshire and Vermont, a makerspace must understand and respond to the needs of the community it serves to be viable. Within this framework, each rural makerspace is also an independent enterprise.

MAKING IT WORK IN PETERBOROUGH

Part of the current space at MAxT is dedicated to sewing, screen printing and weaving endeavors. There are also sections for work on electronics, jewelry-making and textiles. Additional areas are equipped with a laser/vinyl cutter, printing press and 3D printer for artists. Plus, the makerspace provides 1,000 square feet of open office space with additional offices for members to rent. There are 10 business owners with operations at MAxT’s location on Vose Road.

MAxT also offers an array of interesting activities, including a “repair cafe,” which is a fix-it club modeled after another in New York City. Continuing education workshops focus on different shop areas, and a business accelerator program provides mentorship, space and resources for startups who are then able to launch products on-site or in their own space. All mentors and workshop leaders are volunteers.

The makerspace will be doubling in square footage (to 16,000) in 2020 and adding wood and metal-work/welding shop, says Roy Schlieben, executive director.

Another plan in the coming months is to expand MAxT Makerspace’s workforce training program in welding for high school students and adults. The program, which helps welders earn nationwide certification, has had 15 students so far and recently won a $100,000 prize in the U.S. Small Business Administration’s Makerspace Training, Collaboration and Hiring (MaTCH) Pilot Competition.

All of MAxT Makerspace’s offerings to members and the community have expanded based on members’ needs and voices in the broader community and surrounding towns. Some of the tools used to do this have been surveys and community meetings.

Schlieben is involved with the local economic development authority’s Monadnock Economic Ecosystem Hub, which offers opportunities for interest groups to talk about what they are doing, what they need, how to collaborate where there are opportunities.

He has also been part of monthly community conversations run by the Monadnock Center for History and Culture in Peterborough on various local topics of interest.

“A rural makerspace has to be very open to the community and understanding particular needs — it’s not a one-size-fits-all kind of organization,” says Schlieben. “You can’t put a bunch of tools in a room you think are cool and expect people to come. You need to drive the community there and create something of value.”

In the Peterborough area, there is a wealth of artists as well as retirees.

“We provide a place for them to come and teach the younger generation,” said Schlieben. “That’s attractive to a certain group of makers in our area.”

But the single biggest driver of growth for MAxT is hosting workshops and events at the makerspace.

“It’s having that opportunity to come see what the makerspace is, meet members and have a positive experience,” he says.

Funding a makerspace is another way its community can be creative. MAxT Makerspace is financed by memberships (it is $40 a month for a basic membership), studio rental and workshop fees.

It also gets a boost from sponsorships.

“Businesses in the area see us as a good nonprofit to invest in because we serve their community or employees,” he says.

Some rural makerspaces fill a gap in the community. MAxT Makerspace has been figuring the best way to do that with the recent closing of the Sharon Arts Center and its gallery space in downtown Peterborough.

Make it So @ The Monadnock Makerspace on Eagle Court in downtown Keene sees its role as a vehicle to retain young people in the region.

According to the University System of New Hampshire, 61% of the state’s college students are choosing to leave New Hampshire for college; that’s more than almost any other state.

Make it So, launched in 2014, is the vision of Johnny Bolster. He wanted the makerspace to be a collective resource center that serves as a central hub for projects, mentoring, tools and expertise.

So far, that has meant a co-working space where members offer services in such areas as graphic/product design and project management; a woodshop, a pop-up cafe that members and non-members can rent by the day and a tool-lending library. There is a group of between 10 and 20 makers who use the space regularly.

“We provide an opportunity for members to learn skills of the contractor trade,” Bolster says.

He sees the business model of a rural makerspace as defined by innovation, by maintaining fluidity in the organization to allow for organic opportunities to arise and thus define its role in the community. Makerspaces around the state have been meeting as part of the New Hampshire Network of Makerspaces, says Bolster, to discuss shared visions, plans and challenges.

“We’re reaching the point where we’re developing a unifying definition (of a makerspace), so it allows for diversity,” he says.

Make it So’s growth has been slow — the makerspace has only four active members. Bolster sees that as an advantage.

“We’ve had the opportunity to really be contemplative,” he says. “We’ve been able to think … how do we create something that is going to allow for talented young people in this area to say, ‘I want to stay in Keene.’”

Make it So is a bit different from other area makerspaces on how it is funded. Right now, Make it So operates a home renovation service that provides the majority of the income to operate the makerspace.

“Most of the time, we’re focused on project development and generating income streams that allow us to be independent of membership alone,” he notes.

Not only is Make it So a place where professionals can use the space, bring on paid apprentices to enhance productivity and earn job experience and a paycheck, but it’s also a resource center that enriches the community , notes Bolster.

“It encourages strong interaction and intelligence in the most integrative, comprehensive vision,” says Bolster. “It’s a cultural wellspring.”

HatchSpace in Brattleboro, launched in February of 2019, is the epitome of the definition of a rural makerspace in that it has evolved as a direct response to the community’s needs.

Membership leveled off at around 40 early this spring and, by design, has remained there.

Executive Director Greg Goodman is the only paid staff.

The mission of HatchSpace is to introduce and preserve the art of woodcraft.

Tom Bodett, president, sought advice from MAxT’s Schlieben, who suggested Bodett let the community dictate the role of HatchSpace in the community.

At first, Bodett explains, the schedule at HatchSpace was divided between assisted and unassisted shop hours and organized classes to test the waters. They closely watched what was happening on the shop floor and listened to members and users.

What became of the 10-month experiment was that community members wanted more hands-on instruction, and HatchSpace’s vision was revised to emphasize a broad selection of classes open to the public — some introductory and some intensive, and some taught by notable master craftspeople from around the country.

HatchSpace’s most popular course this past summer was a build-your-own skateboard camp in cooperation with the Boys and Girls Club of Brattleboro. Non-members can also now pay $15 per hour for an open shop class, which allows them to come to the shop and work on their projects under the supervision of experienced staff. The makerspace is also actively seeking members who will mentor as well as learn.

“The biggest challenge is people’s inertia — getting people out of their comfort zone and out doing something new,” he notes. “Ultimately, there’s nothing more rewarding than making something with your hands and learning in a hands-on way. Once they come (to the makerspace) and do it, they respond very well.”