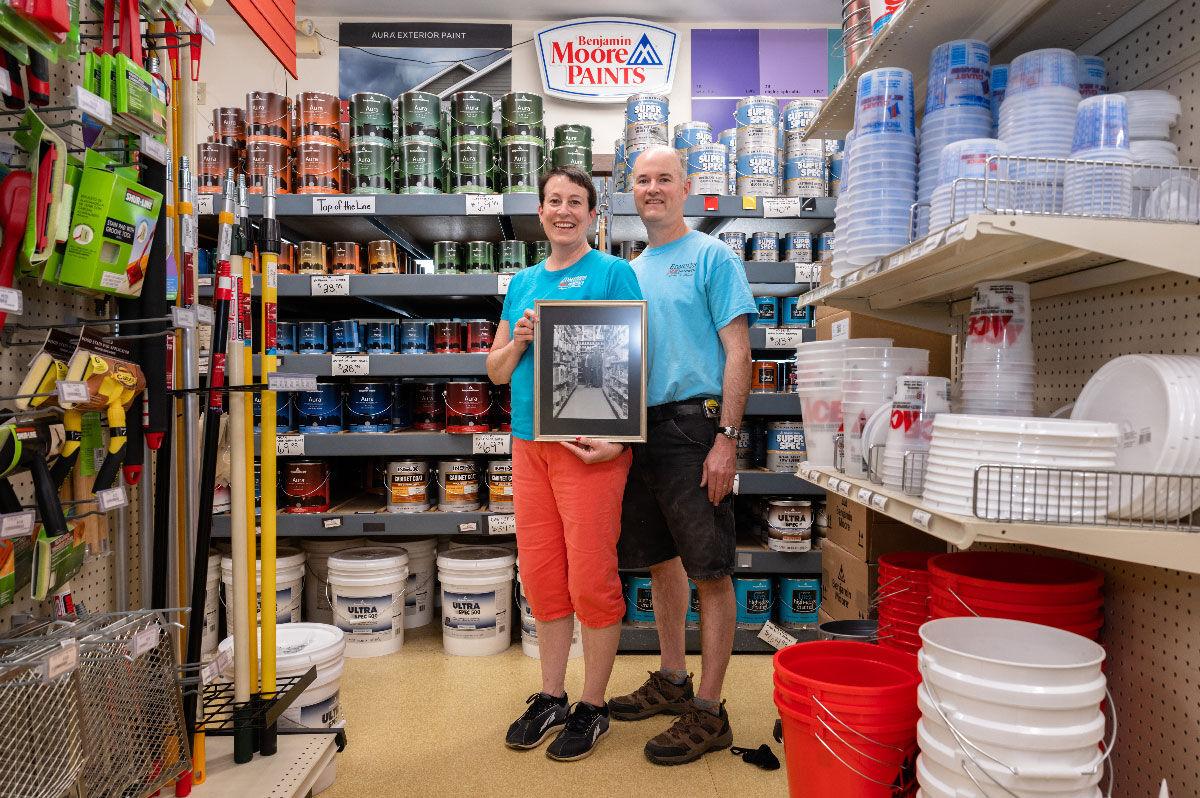 Edmunds Hardware, Henniker, NH: Jeanine and Rick Edmunds with a picture of Rick’s grandparents, Hattie and Clarence Edmunds, who started the business. 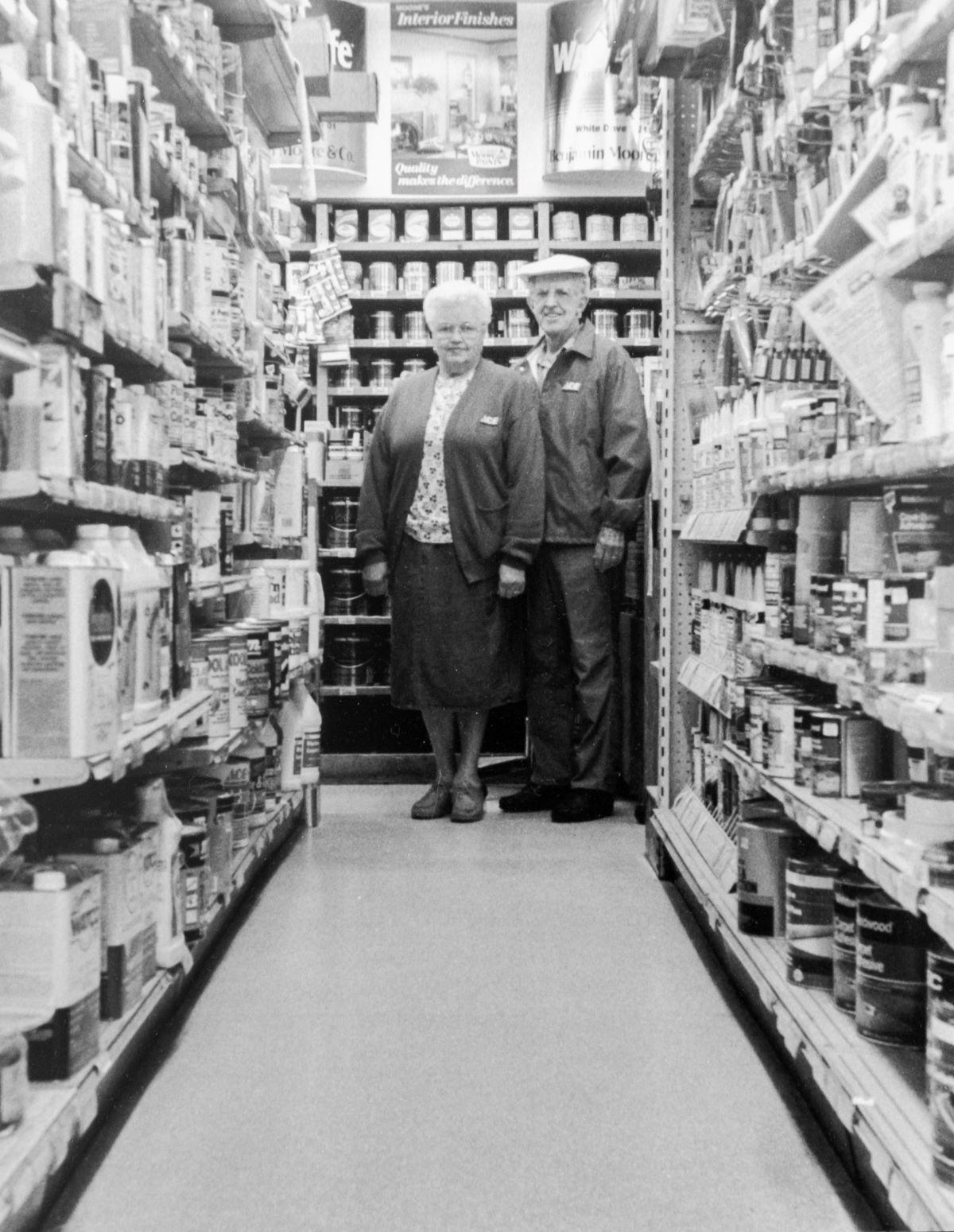 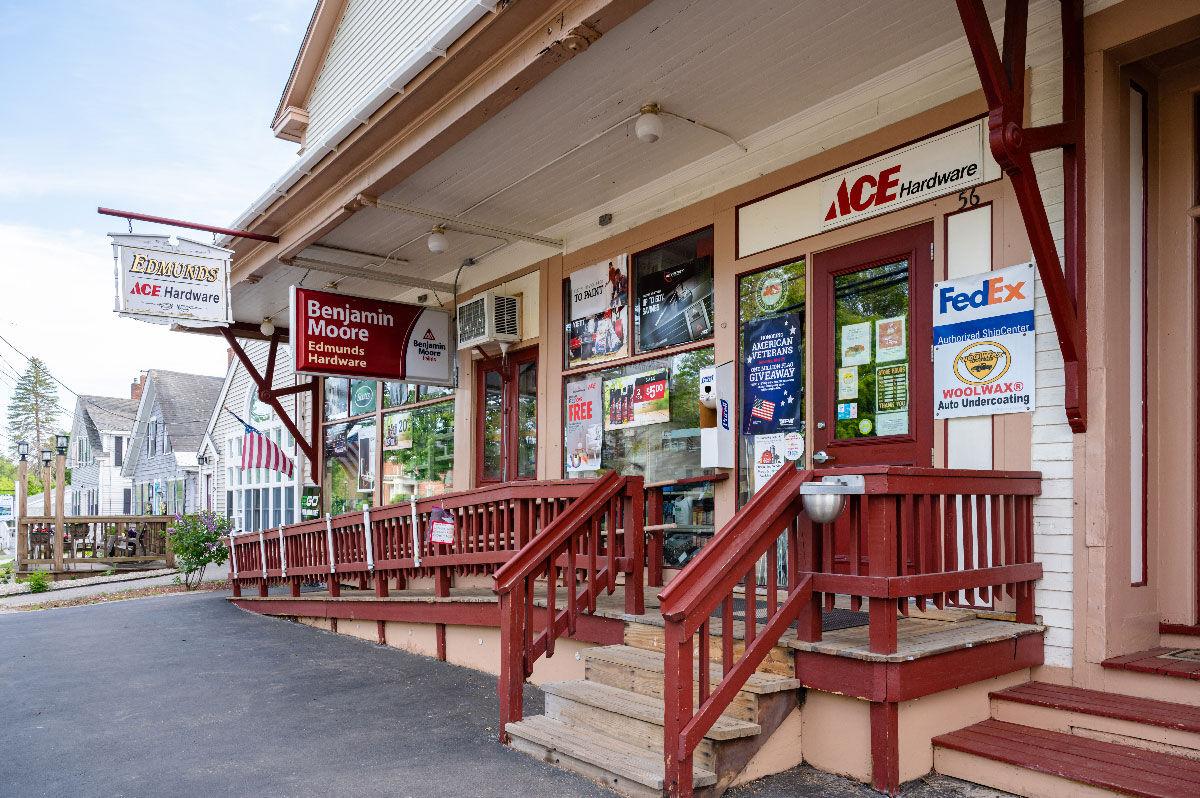 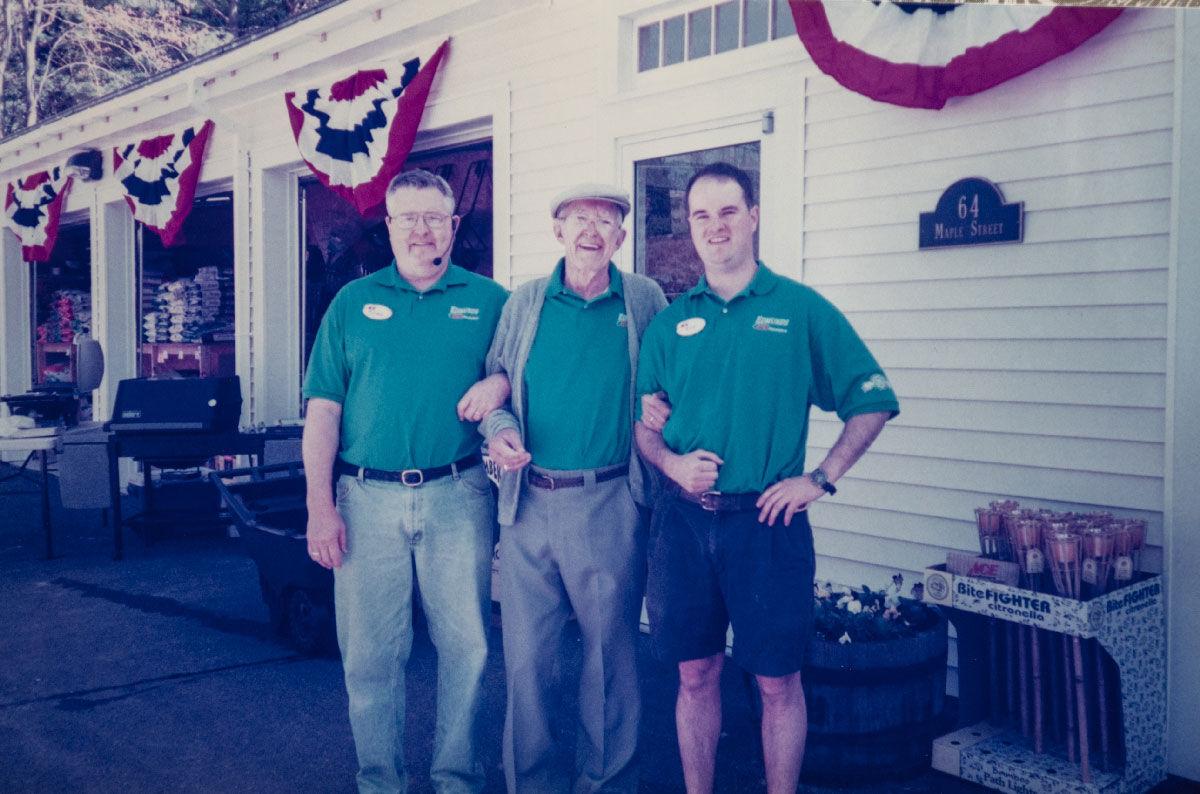 Edmunds Hardware, Henniker, NH: Jeanine and Rick Edmunds with a picture of Rick’s grandparents, Hattie and Clarence Edmunds, who started the business.

Edmunds Ace Hardware, which began as Edmunds Department Store on Main Street in Henniker, was opened in 1942 by Clarence and Hattie Edmunds.

In 1962, when their son, Richard, was 18, Hattie and Clarence opened a second location on Main Street in Antrim, which Richard started managing four years later. His son, Rick, took over about a year ago and now manages both stores with the help of his wife, Jeanine.

“I’m the third generation here at Edmunds Ace Hardware,” says Rick, sitting in his office in the back of the building, taking care of the paperwork and answering questions over his walkie-talkie.

“The customer always comes first,” says Rick. “That whole philosophy has not changed over the years. Customers’ expectations have changed with the internet. It’s really about speed. People don’t want to wait a week for something. But while we may not have something in stock, we can order it and have it delivered here for free. We try to be resourceful. We don’t say no. If I have to do the research to help a customer, we’ll do whatever it takes.”

“They did more groceries back then,” says Rick. “Back in the 30s and 40s, they’d have milk and eggs, but they’d have some nails too, dry goods, selling kerosene by the ounce, that sort of thing.”

In Henniker, they didn’t carry groceries, but they had dry goods such as plumbing and electrical supplies and odds and ends, little gifts, and sewing supplies.

In 1977, Rick’s dad built a new hardware store at the intersection of Main Street and the Route 9 bypass, and in 2001, the building was expanded.

Edmunds Ace Hardware is packed with all the items you might expect from a hardware store, but it also has items that customers have come to expect from their hometown general store.

“What we’re known for is our customer service,” says Rick. “My father was always a firm believer that if we don’t have it, we’ll get it for you. We know our customers, and we know what they are looking for, so we stock a lot of different things.”

Rick grew up in Antrim and spent much of his youth in the aisles of that store, stocking shelves and sweeping floors. He graduated from ConVal in 1993 and went to the University of New Hampshire, where he studied for a business degree.

“I kind of had it in my mind that I would take over the family business one day, but after college, I worked for Fastenal, an industrial supply company, for several years,” he says.

In 2000, he returned to the family business, taking over the Antrim store when he was 26. But Rick took a slight detour before returning, hiking the Appalachian Trail, taking five-and-a-half months to walk between Georgia and Mount Katahdin in Maine.

“I kind of knew I wouldn’t get a chance to do that again,” says Rick.

And while it’s been 21 years since that adventure, Rick hasn’t slowed down. He recently bagged the last of the 48 of the 4,000-foot mountains in New Hampshire.

Rick and Jeanine have two sons, Andrew and Brody, and Rick says he would love it if they carried on the family tradition.

“I would like to see that, but I don’t want to pressure them,” he says. “I wouldn’t want to see them go right from school into here. I’d rather have them take, like a gap year, do something else, work somewhere else. I learned a lot working for someone else. I mean, this was the only place I worked until then. It was good to work for another company for a couple of years. I want them to get the chance to do something like I did, hiking the Appalachian Trail.”

Other members of the family continue to work at Edmunds Ace Hardware.

“My grandmother, who passed away just two years ago … she worked here until she was 97,” says Rick.

His grandfather died in 2004 and while his father recently retired, his mom, Lorraine, still works part-time, taking care of some of the administrative work.

But Rick points out the family at the two stores is more than just the Edmunds clan.

“A lot of it is actually our employees,” he says. “We have a mother and daughter who work here, Elizabeth and Hannah, and Jason, Elizabeth’s son, works in the Antrim store. Ted, he just retired, but his daughter works for us and her husband, Ben, he also works for us. And Jeanine’s sister works here and my aunt, Joanne, too.”

And Rick considers many of his customers family — people who have been coming in for years for a box of screws, a grill for the backyard, paint supplies, bug spray, flashlights, tools, etc.

“I help people who tell me we did business with their grandfather,” says Rick. “Or maybe a kid I helped once, now he’s coming in with his own kids.”

Rick has lived here pretty much all of his life, but working in a hardware store in southern New Hampshire means he meets new people every day.

“Being in a store like this, the world comes to you in a sense,” says Rick. “You meet a lot of different people, and you help them out. That’s the thing. Really helping people, and they appreciate it. We are going to help them out any way we can, and that’s what keeps people coming back.”

Edmunds Ace Hardware at a Glance

Started: 1942 (as a department store in Henniker)