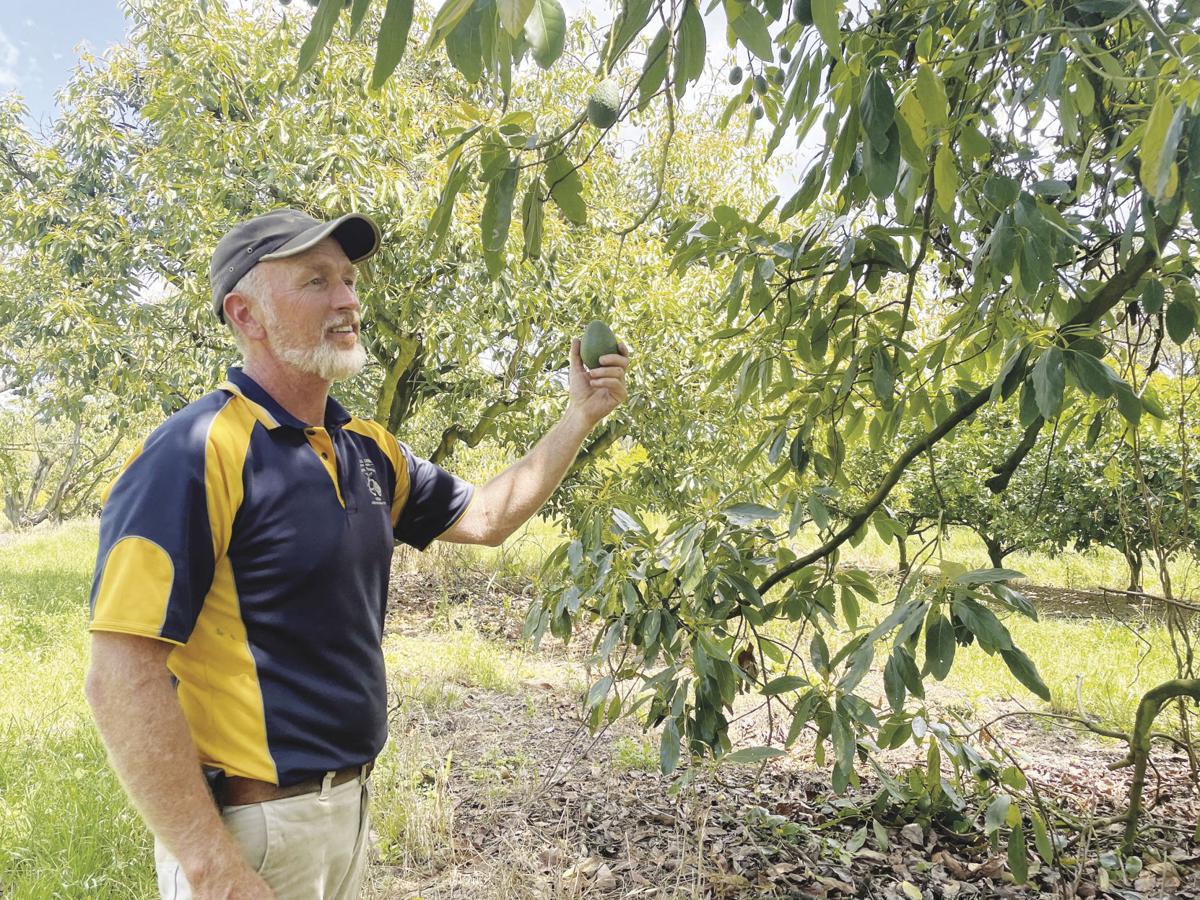 Australian avocado grower Tim Kemp on his farm near Sydney. An oversupply of the fruit and a slump in demand have sent prices plummeting. 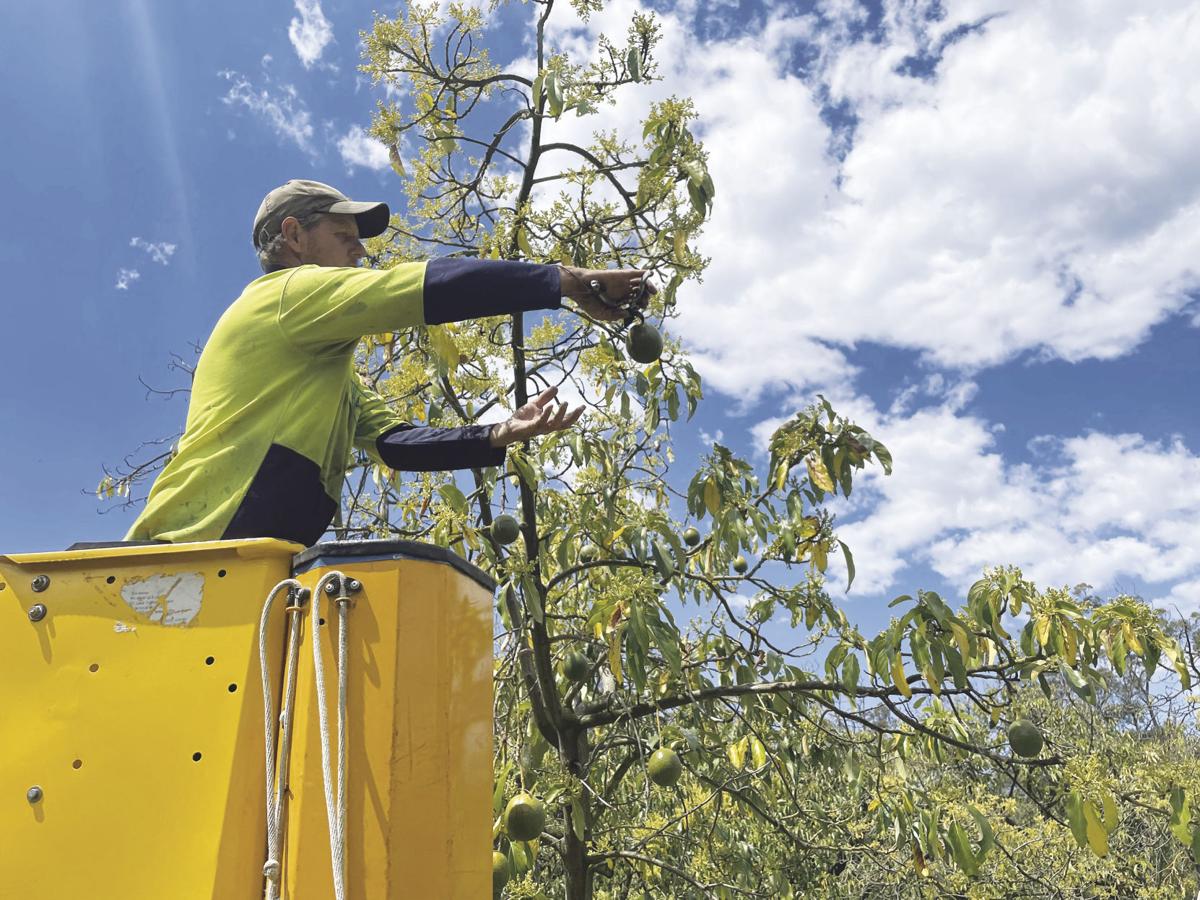 Rob Clark reaches to pick an avocado. The crop enjoyed a boom in Australia for years, but those times have ended.

Australian avocado grower Tim Kemp on his farm near Sydney. An oversupply of the fruit and a slump in demand have sent prices plummeting.

Rob Clark reaches to pick an avocado. The crop enjoyed a boom in Australia for years, but those times have ended.

PEATS RIDGE, Australia — On a recent morning, Tim Kemp slid open the door of the refrigerated storeroom on his family farm near Sydney and removed nine tons of avocados.

A few years ago, the giant bins of green fruit would have been worth almost $40,000.

Today, Kemp expects a fifth as much. “We are basically selling avocados for less than the cost of production,” he said.

In the land that allegedly invented avocado toast, the superfood is suddenly super cheap. A combination of increased supply and reduced demand — slashed by months-long lockdowns that shuttered cafes in Sydney and Melbourne — has sent the supermarket price of an avocado plummeting to about 60 cents.

As Australia reopens and consumers salivate at the prospect of a hot avo-toast summer, farmers that were flush a few years ago are now feeling crushed. Some are dumping the formerly expensive fruit any way they can, including turning them into cooking oil or running them over with tractors.

“It’s a perfect storm of low prices,” Kemp said. “This has been coming for five or six years. I just didn’t expect it to hit us as hard as it has. It’s really smashed us.”

The coronavirus pandemic has wreaked havoc on commodity prices around the world. But unlike the supply chain disruptions that have led to shortages of shipping containers and champagne, among other things, Australia’s avocado issue is primarily a homegrown problem.

Long before avo toast became obligatory on American brunch menus, it was big in Australia, where newspapers mentioned it as far back as 1929 and a Sydney cafe began serving it in the early 1990s. As demand soared in the past decade — sparking a debate over millennial spending habits — Australian avocado production more than doubled.

This year production has risen by 65 percent, according to John Tyas, the CEO of Avocados Australia, an industry group.

The boom is partly due to ideal growing conditions after years of drought, he said. But it’s also a result of tens of thousands of avocado trees — planted three or four years ago when prices were high — now beginning to bear fruit. A recent increase in avocado imports has only added more guac to the pile.

Just as growers were starting to pick this year’s record crop, coronavirus lockdowns in the country’s two most populous states took a bite out of demand.

The pain was initially felt on the farms of northern Queensland, where the orchards ripen first. Alan Poggioli is normally able to sell his small or blemished avocados for use as guacamole paste. But this year, the market was too flooded with fruit. So, for the first time, Poggioli took 10 to 20 tons of avocados to the back of the farm and dumped them.

“We just ran over them with some tractors,” he said.

Farther south in Queensland, Tony Pratt and his wife left avocados on their trees as long as possible in the hope that the price would rise. But by August, when they’d normally be finishing picking, avocados they had been growing for a year began to drop.

“You’ve been really looking after that fruit, keeping everything off of it to give someone a good eating experience,” Pratt said. “To have it fall on the ground, it sucks.”

The Pratts scrambled to save the avocados, only to find they were often making just a few cents for each one they sent to market. Julie Pratt took to social media to sell avocados directly to customers. Tony began hawking them on the roadside and giving 110-pound bags of them to friends to feed to their cattle and pigs.

“They love the things,” he said.

Ian Tolson, an avocado grower and packer in Stuarts Point, New South Wales, said he had sent away a lot of lower-end fruit this year to be turned into oil. Still, he estimated he had dumped a few hundred tons of fruit on a corner of his farm for composting.

“Australia is going to have a lot of avocados in the coming years,” he said, as more trees reach maturity.

Izzy Adar, a northern New South Wales grower who claims that his grandfather was the first to bring avocado farming to Israel, said he could survive a few years of low prices. But a longer glut would force small farmers like him out of business.

“It’s just Capitalism 101,” countered Trevor Bendotti, a second-generation avocado grower in Western Australia whose farm is about four times the size of Adar’s.

“Avocados in the last five years have had some of the best returns on production costs out of any commodity ever,” he said, adding that growers would now need to become more efficient to weather lower prices. “For the ones who’ve been milking this, who rode this canoe, that ride is no longer so smooth.”

Kemp, whose farm sits on a slight plateau an hour north of Sydney, agreed. His father started growing the fruit in the 1980s, when Kemp was a kid, at the suggestion of someone from the Department of Agriculture.

“My dad said, ‘What the hell are avocados?’ “ Kemp joked.

The farm now has 3,000 avocado trees, about half of its orchards.

On a bright, clear morning last month, he bounced around his property in a beat-up truck with his dog Millie in the back, before pulling to a stop in front of a bright yellow cherry picker.

“Hey, Rob,” he shouted up at Rob Clark, who was plucking avocados 20 feet in the air. “Come on down so I can put some fuel in. You’re going to get stuck up there.”

After the refueling, Clark moved from tree to tree, dropping Reed avocados the size of grapefruit into a bag before dumping them into a half-ton bin to be sent to the packing house.

At lunchtime, Kemp and his wife, Elise, discussed the glut as their two teenage sons milled about in matching farm shirts, one of them wearing an avocado-themed hat.

“COVID made a disastrous season even more — what’s the word?” he asked.

Kemp said he had resisted the temptation to expand rapidly when prices were high. Now he was using the glut to prune or pull up less-fruitful trees ahead of schedule. By next year, he would be down to 2,000 avocado trees, but they would be healthier and more productive.